For more than two centuries, the University of Cincinnati has been producing outstanding alumni in a wide range of fields. This is a list of some of the most prominent and notable Bearcats over the years. Scroll to browse the full list or use the categories below to go directly to a specific section.

Beyond the notable alumni listed here — and in many cases inclusive of them — are the many Bearcats who have received honorary degrees or outstanding alumni awards from their alma mater. Email us if you notice any notable alumni missing from these lists. 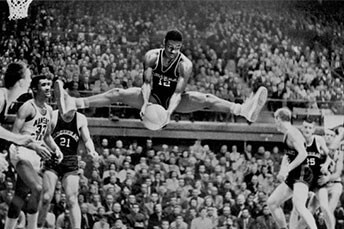 Considered by many the greatest basketball player of all time. Named Player of the Century by the National Association of Basketball Coaches. Led UC to two Final Fours before a long NBA career, including a world championship. Recipient of William Howard Taft Medal for Notable Achievement, 2005.

UC Magazine: Video tributes to and interviews with Oscar Robertson. 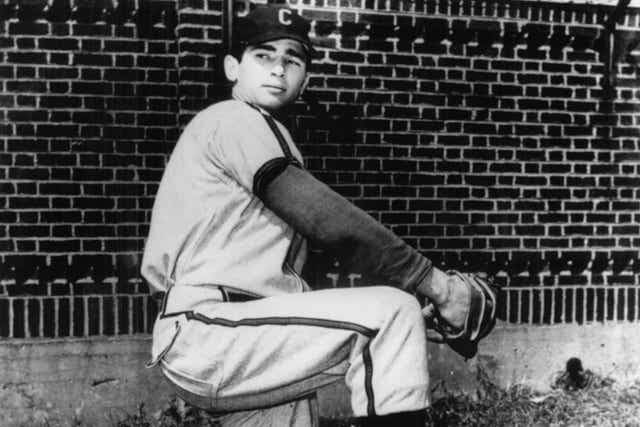 Hall of Famer and one of baseball’s greatest players with the Brooklyn and Los Angeles Dodgers. Baseball’s most dominant pitcher of the 1960s — a four-time World Series champion and a member of MLB’s All-Time Team. 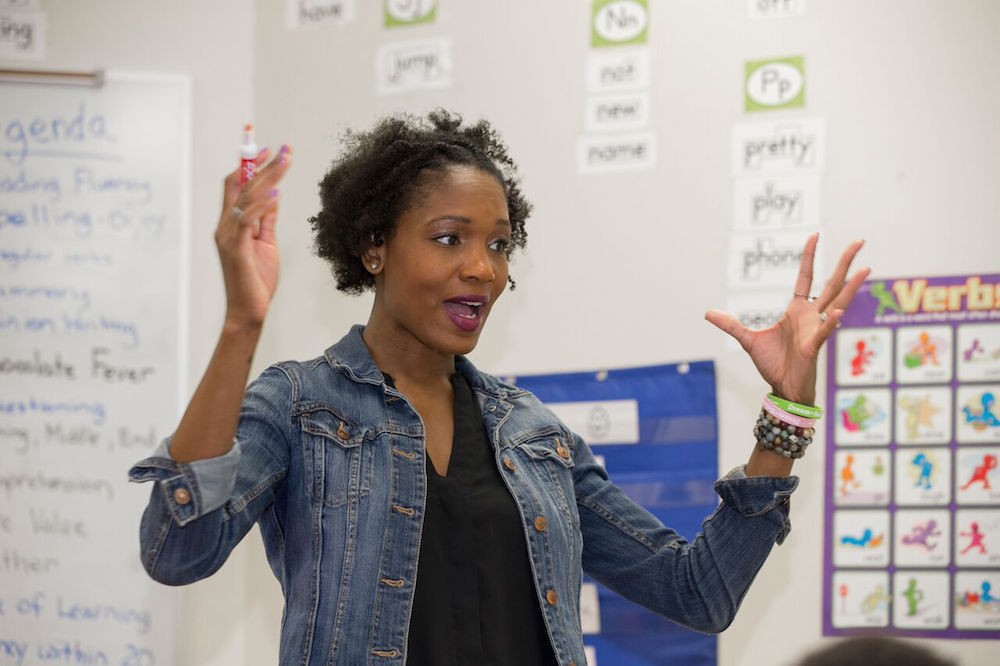 Member of the gold medal-winning U.S. 4 x 400-meter relay team in the 2008 Olympics in Beijing. Became an author and champion in education, personal motivation and leadership development.

Tim Brown, DAAP ’03
Captain of UC’s soccer team 2001-03 and vice captain of his native New Zealand’s 2010 World Cup team; a shoulder injury kept him off the field. He later started Allbirds, which manufactures his design of wool-based shoes.

Rich Franklin, A&S ’97, CECH ’01
Once regarded as the world’s best middleweight mixed martial arts (MMA) fighter. Helped found the “Keep It in the Ring Foundation” to advocate non-violence and build character in youth.

Jack Laub, A&S '50
Standout basketball player for UC and later in the NBA. In business, he established the first mail-order pharmacy in New York state, streamlining the purchase of prescription drugs.

UC Magazine: “Yearning for the wall.”

Kenyon Martin, A&S ’00
Consensus National Player of the Year during the 1999-2000 college basketball season, and top pick in the 2000 NBA Draft. 15-year NBA career; an All-Star in 2004. One of the few Bearcats to have his number retired.

Brig Owens, CECH ’65, HON ’08
All-American football player at UC prior to 13-year NFL career with Dallas and Washington. Dedicated much of post-football career to fundraising for youth development while leading a sports management and real estate development firm.

David Payne, att. ’04
Became first Bearcat to medal at the Olympic Games in 24 years by winning a silver medal in 2008 in Beijing in the 110-meter hurdles.
Jordan Thompson, CECH ’18, ’20
All-American volleyball player and member of the U.S. National Olympic Team in 2021.

Becky Ruehl, DAAP ’00
Became UC’s first female NCAA champion in any sport, winning the 10-meter diving title in 1996, before finishing fourth in the platform diving competition in the Olympic Games in Atlanta.

Jack Twyman, CECH ’55
Six-time All-NBA player and member of the Naismith Basketball Hall of Fame. Had his number retired at UC. Perhaps most well known for his humanitarianism, particularly in his relationship with paralyzed Cincinnati Royals teammate Maurice Stokes.

Derek Wolfe, att. ’08-11
Long-time NFL defensive lineman with the Denver Broncos, where he won a Super Bowl, and Baltimore Ravens. Was Co-Big East Defensive Player of the Year as a senior at UC. 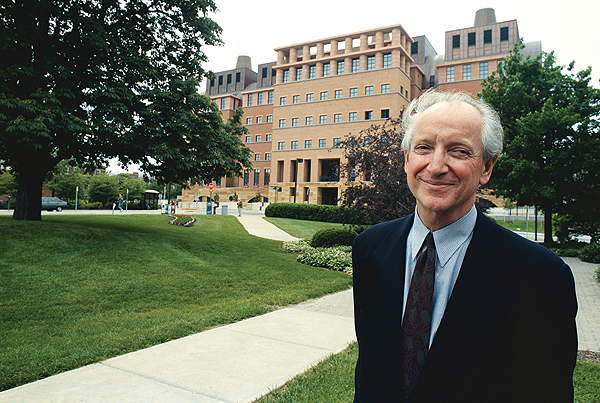 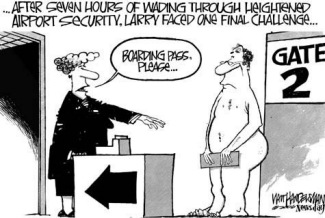 Two-time Pulitzer Prize-winning political cartoonist at Newsday in New York, whose work was internationally syndicated to more than 200 newspapers. 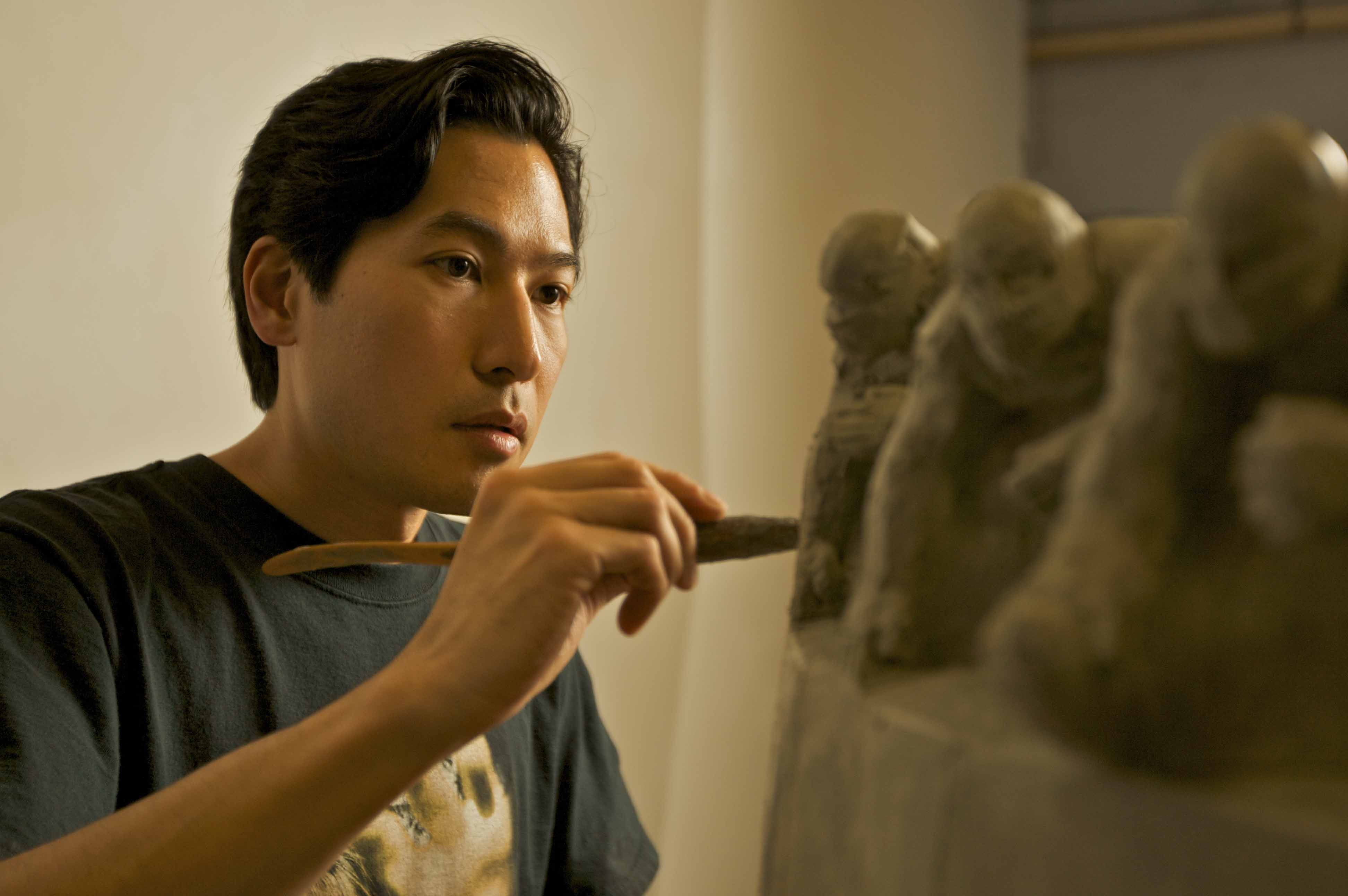 Richard “Dick” Blinder, DAAP ’59
Best known for his cultural and performing arts projects in the field of historic preservation, including the renovation of New York City’s Grand Central Station and Ellis Island facilities.

Christopher Harris, CEAS ’87, ’89
Project director for the design and construction of the Burj Khalifa Tower in the United Arab Emirates, the world’s tallest building at 2,717 feet high and more than 160 floors.

David Laughridge, DAAP ’62
Key member of the Parker Brothers design team that invented and named the Nerf ball in 1969.

Ronald Bruce Howes, Sr., att. CEAS ’40s
Invented the Easy-Bake Oven for Kenner Products in the early 1960s. The toy oven was inducted into the National Toy Hall of Fame in 2006.

John Lutz, DAAP ’95
Part of the team that created the iconic FedEx logo while a co-op student at UC. The logo ingeniously includes negative space between the E and X that forms an arrow.

Nick Luzietti, DAAP ’71
Member of the Interior Design Hall of Fame and design principal of VOA Associates in Chicago, specializing in architecture, interior design and “ReUse + Preservation” in commercial applications around the world.

Randy Pagulayan, A&S ’98, ’00
Led the Microsoft Game Studios team that pioneered methods of user-centered design employed in Xbox computer and video games such as Halo 2 and 3.

Christopher Wynn, DAAP ’85
Architect who designed the Rock and Roll Hall of Fame and Museum and Cleveland Browns Stadium. 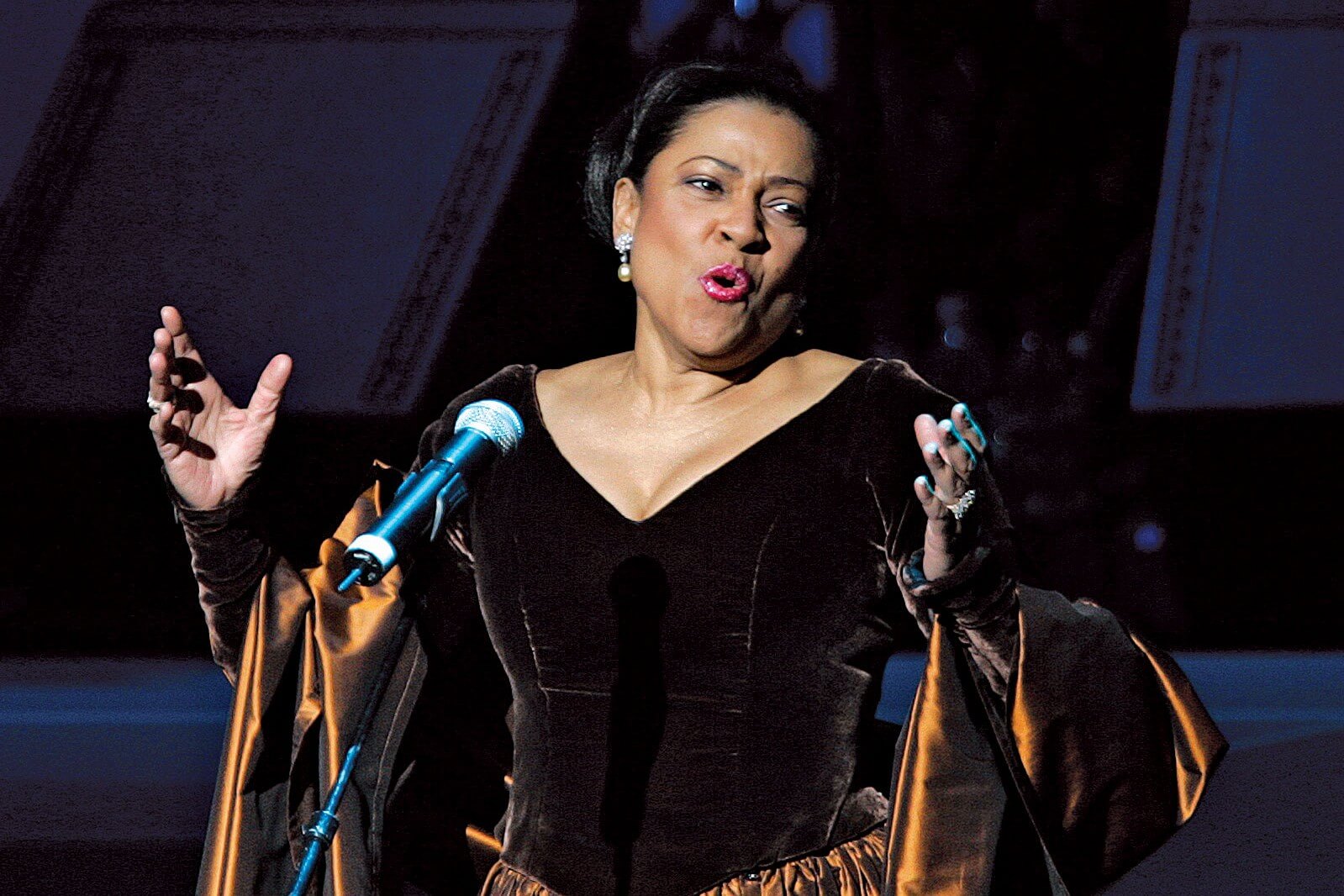 Grammy and Emmy Award-winning operatic soprano known for her distinctive vocal range and tone. Time Magazine called her “the best lyric coloratura soprano in the world.” 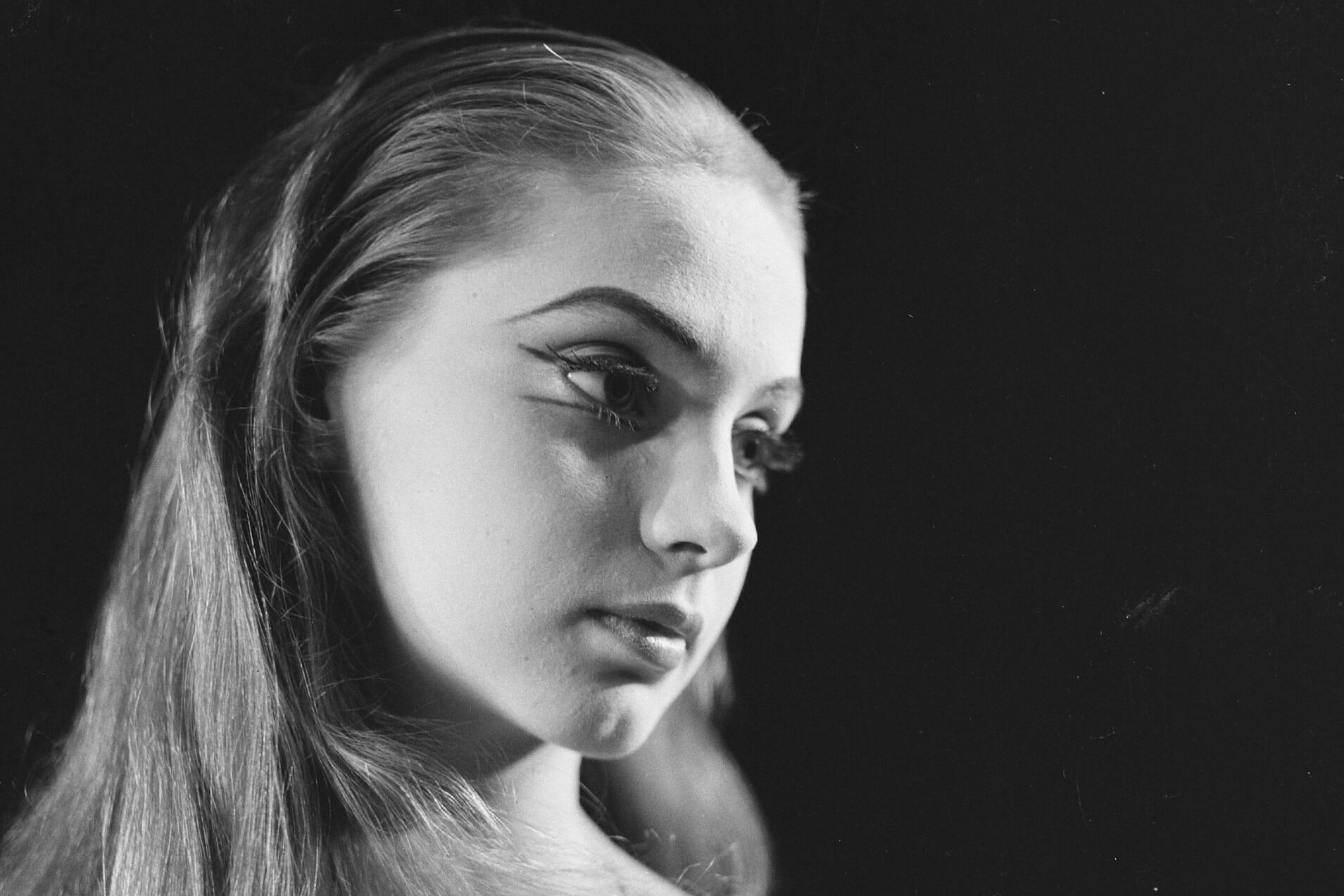 One of the 20th century’s most important dancers during a 27-year career with the New York City Ballet. Founded the Suzanne Farrell Ballet at the Kennedy Center in Washington, D.C. 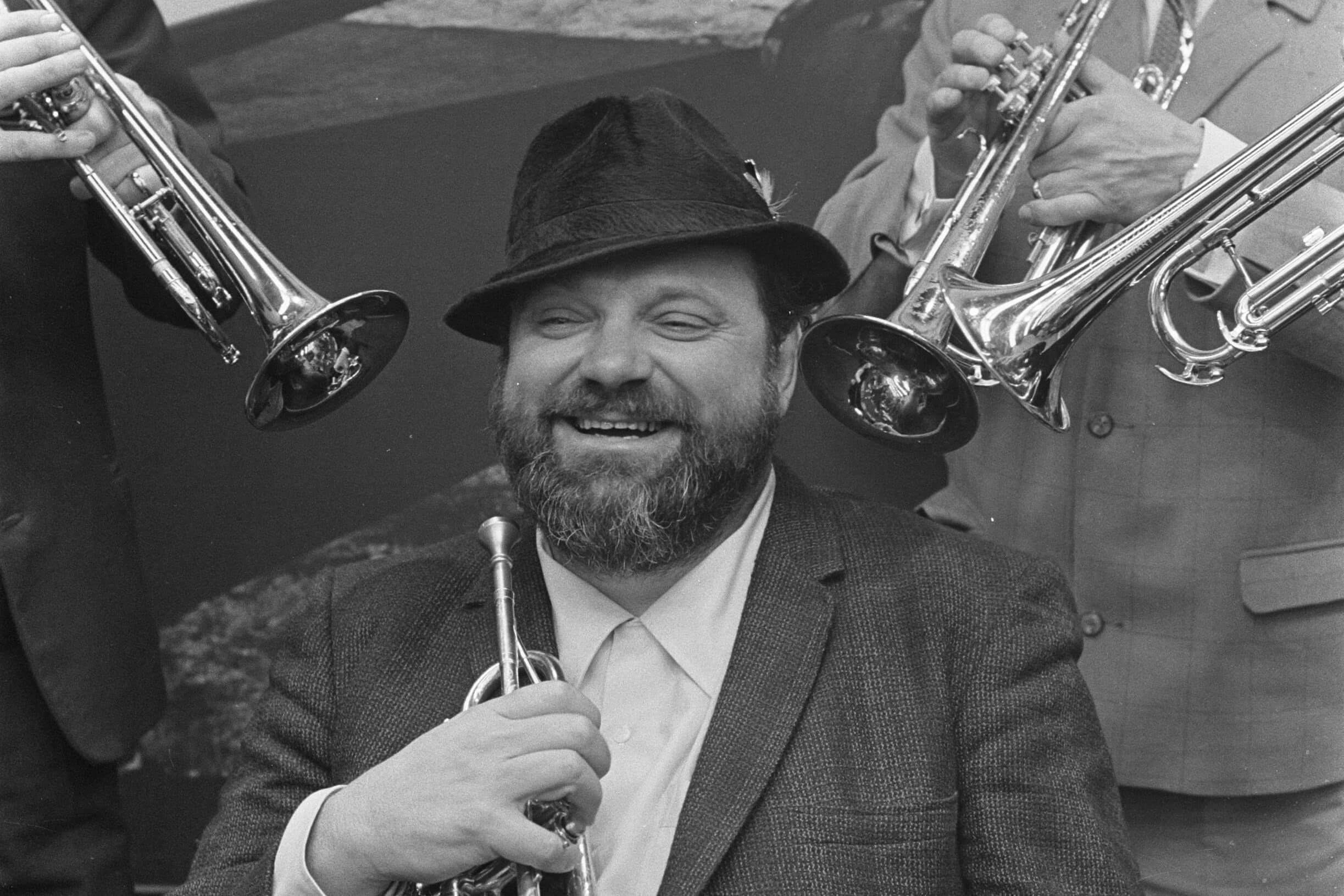 Legendary Dixieland, blues, jazz and classical trumpeter often called “King of the Trumpet.” Recorded more than 50 albums, won a Grammy in 1963 and was nominated for 20 more Grammys.
Theda Bara, att. 1906-08
Actress who originated the movie image of a “vamp.” Made more than 40 films.

Matt Berninger, DAAP ’96, and Scott Devendorf, DAAP ’96
Two of the founding members of the Grammy Award-winning alt-rock band The National.

David Canary, A&S ’60
Emmy Award-winning actor best known for his work on “Bonanza” and “All My Children.”

Albert Hague, CCM ’42
Tony Award-winning composer best known for his television compositions and acting. Wrote the music for the famous 1966 TV cartoon version of “How the Grinch Stole Christmas.”

Karen Olivo, CCM ’97
Named “Best Female Dancer on Broadway” in 2008 and earned a Tony Award in 2009.
Sarah Jessica Parker, CCM Prep School
Emmy Award-winning actress with more than 60 film and television credits. Best known for her work in “Sex and the City.”

Julius “Nipsey” Russell, att. ’36
Comedian and dancer known primarily as a game show panelist from the 1960s through 1990s. His improvisational poetry gained him the reputation as “the poet laureate of television.” Played the Tin Man in the film version of “The Wiz.”

Marie Speziale, CCM ’64
The first woman trumpeter in a major symphony orchestra, performing with the Cincinnati Symphony Orchestra for 32 years.

Evelyn Venable, A&S ’33
Actress in many starring movie roles in the 1930s and 1940s. Reportedly was the first model for Columbia Pictures’ Statue of Liberty logo in the mid-’30s. 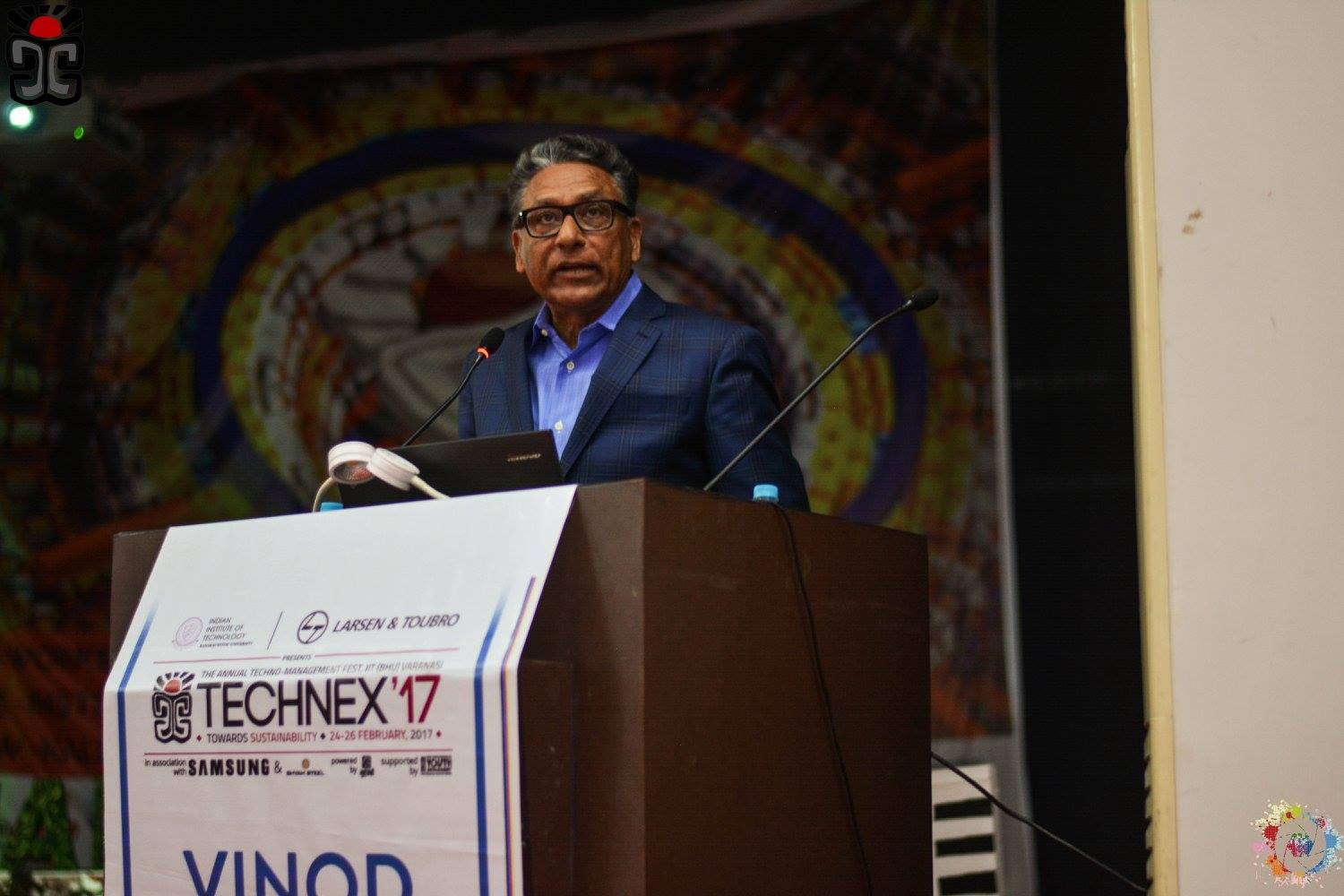 Considered the “father of the Pentium chip” based on his contributions to the development of Intel Corporation’s highly successful Pentium processors. 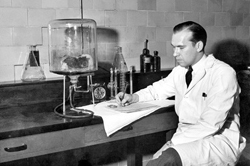 Inventor of Benadryl, the first antihistamine, and for many years vice president of Benadryl manufacturer Parke-Davis. A member of the International Science and Engineering Hall of Fame. Recipient of William Howard Taft Medal for Notable Achievement, 1964. 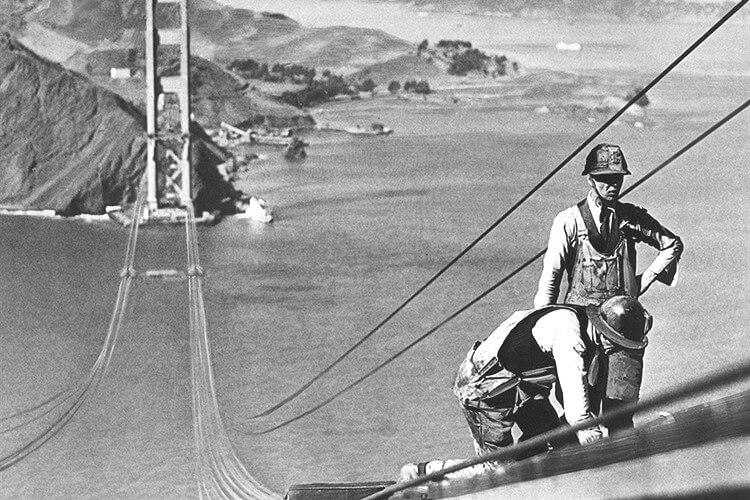 Championed the fundraising and served as chief engineer overseeing the construction of the Golden Gate Bridge in San Francisco. Developed the worker-safety system of netting to save the lives of workmen who fell from the structure as it was being built.

Thomas Fogarty, MED ’60
Surgeon and developer of medical devices. Best known for the invention of the balloon catheter which revolutionized the treatment of blood clots.

Joe Stitzlein, DAAP ’95
Branding expert known for his groundbreaking work with Apple, Netflix, Nike and Google.
Douglas Dayton, DAAP ’73
Developed the original Apple computer mouse and invented the system enabling a monitor to be positioned for the user’s ergonomic convenience.

William Forbriger, CEAS ’53
As leader for Revlon and Tressa companies, developed products for permanents, hair color and dryers, gaining the reputation as “the creator of the best permanent waves in the professional beauty industry.”

William Strunk, Jr., A&S 1890
Author of The Elements of Style, revered book that for generations was found on the desks of most writers and editors.

Arnold Spielberg, CEAS ’49
Computer engineering pioneer and an amateur filmmaker who underwrote the first feature film production of his son, Steven, and was the inspiration for Steven’s movie “Saving Private Ryan.”

Bill Wiesmann, A&S ’68, HON ’08
Developed advances that transformed medicine both on the battlefield and in civilian trauma centers, including bandaging that staunched bleeding in seriously wounded soldiers. 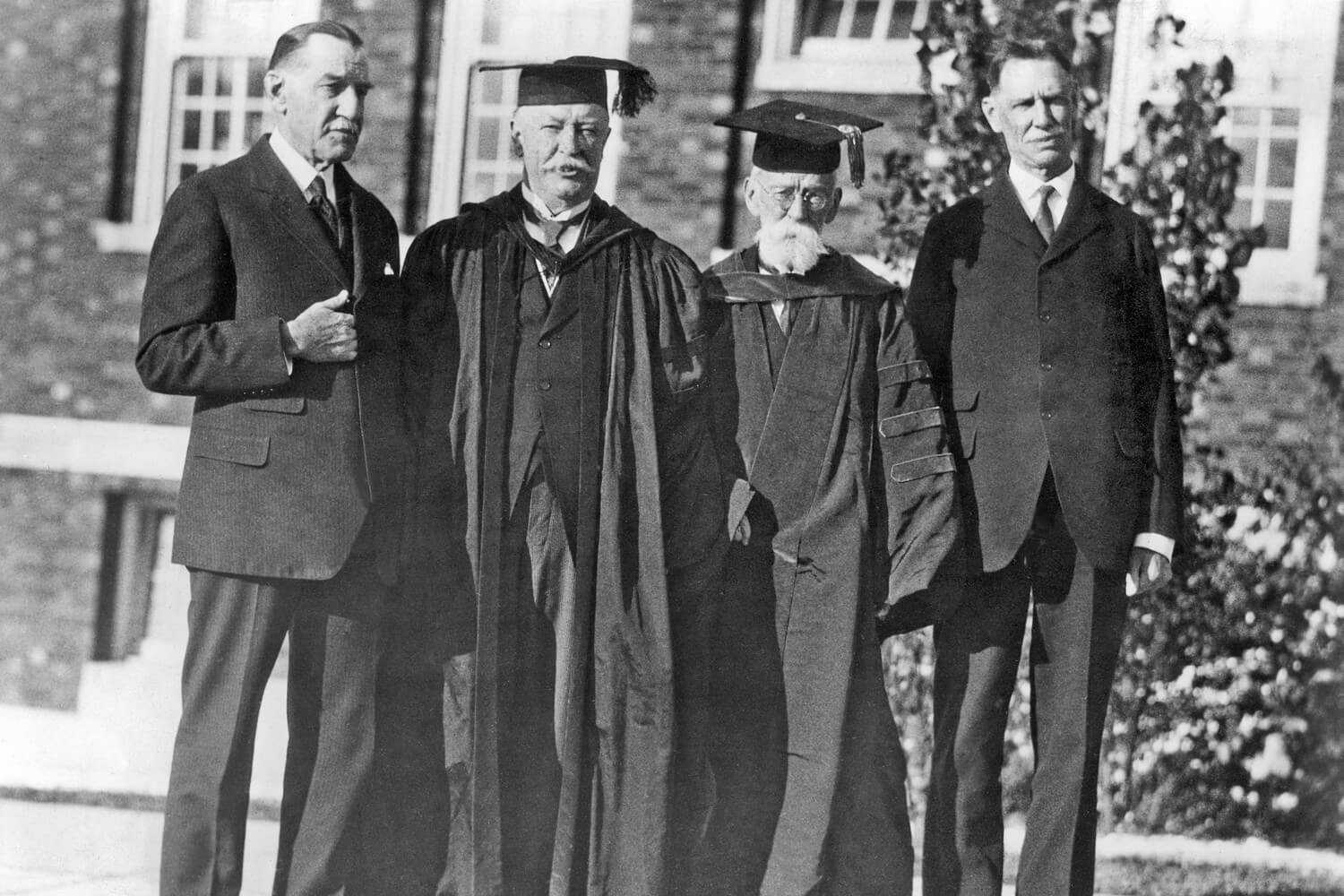 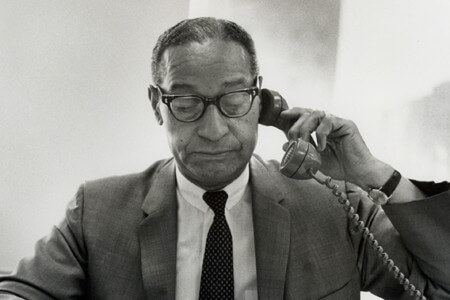 First African-American mayor of Cincinnati. Influential attorney for the NAACP during the civil rights movement. 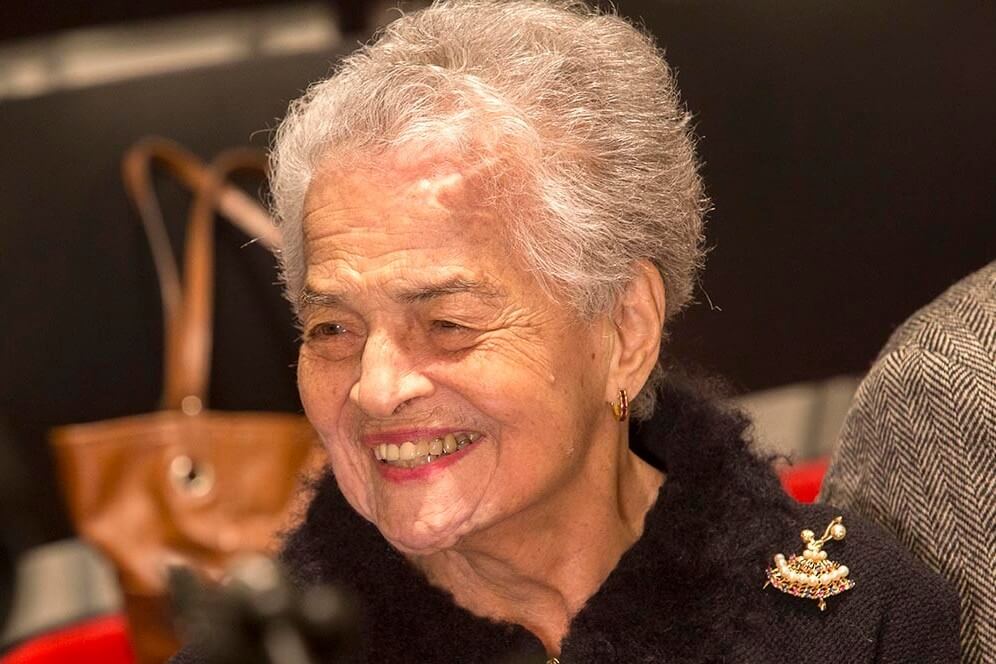 UC Magazine: “Geologist’s career takes him to the top of the world and beyond.”

Winona Lee Hawthorne Buck
The only woman in the University of Cincinnati’s first graduating class of 1878.

Joseph “Uncle Joe” Cannon, att. LAW 1858
40th speaker of the U.S. House of Representatives, 1903-11. Cover subject of the first issue of Time magazine in 1923. The Cannon House Office Building in Washington, D.C. is named for him.

Salmon P. Chase, att. 1820s
One of the few people to ever have served in all three branches of the federal government. During the mid-19th century, he was a U.S. senator and governor of Ohio, served as Abraham Lincoln’s Secretary of the Treasury, and became the nation’s sixth Chief Justice.

Jack L. Davis, A&S, ’77
UC Classics Department head who has profoundly impacted the field of archaeological and classical studies through his research into ancient Greece civilization.

Sally Priesand, A&S ’68
America’s first female rabbi in 1972, and only the second in the world, when ordained by Hebrew Union College-Jewish Institute of Religion in Cincinnati.

Paul Tibbetts, att. 1930s
Pilot of the Enola Gay, the B-29 Superfortress airplane that dropped the first of two atomic bombs on Hiroshima, Japan, leading to the end of World War II.

Beverly Malone, NUR ’70, A&S ’82, HON ’15
CEO of the National League for Nursing and former deputy assistant secretary for health in the U.S. Department of Health and Human Services.

UC News: “UC to Bestow Highest Honor Upon Dedicated Leader in Nationwide Nursing”
Jean Robert-Cadet, A&S ’94
Advocate for the exposure and cessation of slavery and human trafficking in Haiti.

UC Magazine: “From enslavement to enlightenment.”

Amanda Wait, BUS ’00
One of the premier female antitrust attorneys in the U.S.